Carving Your Own Stamps 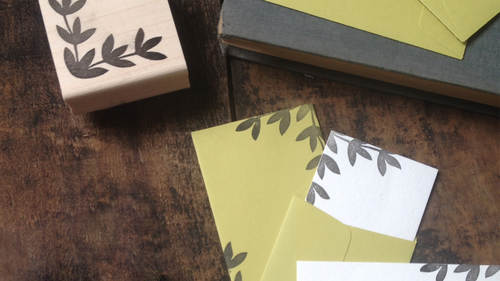 3. Carving Your Own Stamps Show Transcript

Carving Your Own Stamps

Should you slip on the transfer slips? Can you just wipe it off and start again? Wash it off, it's, just best to start over. You know you don't have to start over its sometimes you can flip it over. This is one of those designs where I could I could flip it over the rubber. It carves the same either way. Um, the graph it's. Not that easy to come off of the rubber completely. It's definitely smear, so you don't want to touch it, but to erase it backto like as if it was never there. Not really going to be that easy. One trick that I found is you can use a pigment in keypad. It's kind of got a stickiness to the pigment inc and that will help you like wife. The design right off the ink for some reason, helps wipe the graphite off. That brings up a good point because there's a lot of different rubbers out there that you can use for this one of your personal favorites. What's what's your recommendation, particularly for a beginner. For for beginning, for the different types of rubber over th...