Make GREAT Images With The Gear You've Got 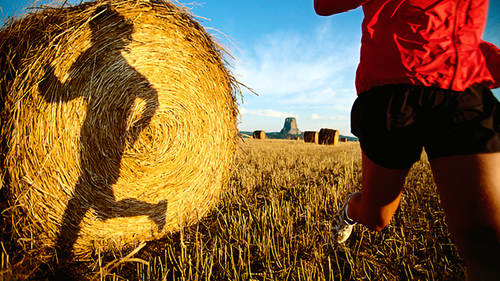 Make GREAT Images With The Gear You've Got

Well, thank you guys it's pretty exciting to be one of the opening acts for photo we get creative live, but really what I want to do is focus on how do you make the most with the gear that you've got? I mean, one of the realities and photography is while we look at the ad, aram a website and we dream about all the gear that we want to own, the fact is most of us own one camera, maybe a lens or two and that's really what we're going to do for the next hour, so is drill down on how do you really maximize your shooting potential with a minimal amount of kit and what I'd like to really reinforce? And you're going to hear me say this a lot of times, it's about using your brain it's about that mental exercise, of pushing yourself to be creative really tryingto leverage that minimal amount of equipment? And I think I hope what you take away from this short course is the idea that you can really do a lot with a little I mean, it doesn't mean you need a lot of gear to create a lot of content or...

You don't need all the latest expensive gear to be successful. During this workshop with pro commercial photographer Corey Rich, you'll learn how to make the most of minimal equipment while capturing beautiful images that will impress your clients and your peers. Whether you’ve got a point-and-shoot or a fancy DSLR with all the bells and whistles, Corey will show you how to get the best images possible out of what’s already in your bag.

Don’t let gear hold you back from showing the world your best work!

The content is good for beginners and Corey is able to share some valuable ideas; I liked his idea of taking pictures and discussed the elements that he does not like it. It was worth my time for sure. Respectfully