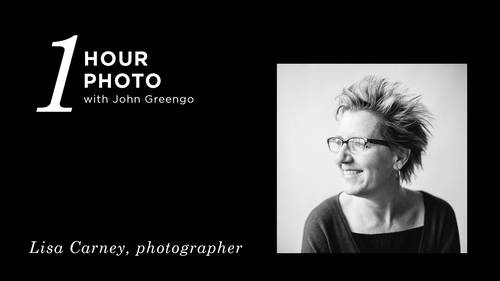 Alright, it is now time to bring on board my special guest, I'd like to welcome Lisa Carney, come on out, thanks for joining me here. Thank you John, thank you for having me-- Professional retoucher. Pull up a chair, let's have a talk here. So for the folks at home who don't even know what a professional retoucher does, explain briefly what it is you do. So what I do is primarily in entertainment, but I do do product retouching as well. Photographers and or companies that own products and whatnot will come to me and say, great we want our images manipulated in whatever way they're looking for, and I retouch them, so I'm a Photoshop artist. Okay, so how clear are they about what their final vision is. Oh boy, that's the million dollar question. Some are beautifully clear, because they understand the process, and some are not clear because they don't understand the process. And what I mean by that is I've literally had clients say, "Oh we love the look of this ad, "can you just...