Organize Your Images with Adobe Bridge 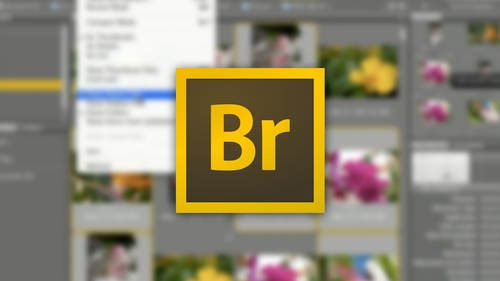 Organize Your Images with Adobe Bridge

Working With Bridge and Other Adobe Applications

My collections are simply a way that I can go ahead and just store my favorites and group these things together. It's really quite simple, I can just create a new folder and then dragged my content into that folder, or I can go in and select my files right here. When we went to this great awesome shelby cobra place where they were building all these cobra's I mean, it's like those files, I'm going to go in, I'm going to create a new smart collection or a new collection, so I'm going to put these together, creating a new collection with the selected, they're automatically going to include them in this election if I choose that, and then I'm going to name my collection right there, and now I don't have to worry about filtering them. I can just go to my collection and I can stuff put stuff in here, and I can put this all together, so this is great. I can remove any one of these from the collection if I don't want it again, it doesn't remove it from my hard drive. It just removed it from m...

Adobe® Bridge can be used as a central visual hub for viewing and sorting your digital images. Learn the best ways to work with it in Organize Your Images with Adobe Bridge with Jason Hoppe.

Media browsing and organization is what Adobe Bridge is all about and in this class,
Jason will you teach you how to use Adobe Bridge to:

You’ll learn how to create contact sheets, photo sheets, and move files directly from Adobe Bridge into other Adobe applications.

Jason will show you the most efficient ways to work in Adobe Bridge – no matter the file type – and give you plenty of tips for better organizing your image library.

I use Camera Raw and not LightRoom. Very good information as to the many things Bridge can do. I have several years of photos that need key wording, so I can find them. This will be my New Years resolution, to spend 15-30 minutes a day, to label and keyword my photos and move them from the flash drives to hard drive. I found a small example of a keyword list, and have edited it to fit my photos. An excellent idea to do this first. It would be helpful to have a good basic keyword list for a download. Excellent teacher, Thank you, Jason

Exactly what I needed! Quick, clear, and very helpful. I loved all the tips used here. Kudos!

This guy is a beast on Photoshop and other Adobe software. This is an easy to follow class and I highly recommend it for anyone wanting to know more about Bridge.