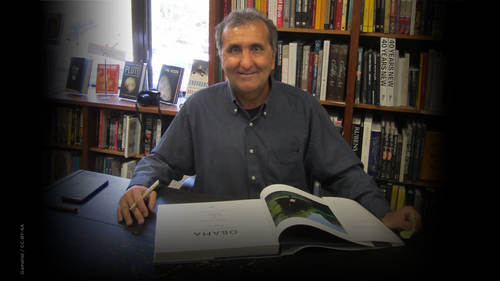 No. Hello, everyone. Good morning. We're good afternoon. Good evening. Wherever you're watching from, I'm seeing We got people from South Africa from Dubai, from Australia all over the world. So range of time zones I want to say welcome. I'm Chase Jarvis, the founder of Creative Live and your host for today's live broadcast As a part of the Chase drivers live show. My guest is very, very special. Before we get into his details and our conversation today, I want to invite you to check out creativelive dot com slash tv Where ah, we've got live chat coming in from all over the world. If you want to leave a comment or ah, shed on a question for our guest, I am seeing those questions, and I will do, but I can't afford them on. Um, you might be watching this on Facebook or on YouTube live. If that's the case, I can't see your comments, But the best interactive opportunity is at creativelive dot com slash tv. Click the live chat in the upper right hand corner and I'll see your questions and c...

Pete Souza<strong>&#160;</strong>is a best-selling author, speaker and freelance photographer based in Madison, Wisconsin. He is also Professor Emeritus of Visual Communication at Ohio University. Souza was the Chief Official White House Photographer for President Obama and the Director of the White House photo office.
SEE INSTRUCTOR'S CLASSES