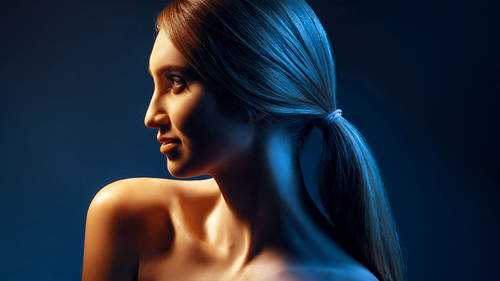 The traditional doge and burn process lightens and darkens specific areas of the image, either to correct skin tone or create smoother highlight-shadow transitions. Learn Pratik's professional photo editing workflow for the dodge and burn process using a curve adjustment layer. But, don't forget to save your editing work. Pratik suggests PSD or TIFF, the latter which can handle larger files.
Show Transcript

Let's talk about dodge and burn. With dodge and burn, what that is for those of you who don't know, is basically lightening and darkening. That's the simplest way to put it. If you're lightening something and darkening something. Usually that's going to be areas on the skin that are a little bit patchy or need transitioning. So I'll do that. Now, when it comes to dodge and burn, that's gonna be in another folder, so I'm gonna close this. I'm gonna hit save or if you haven't saved before you just go to save as and simply save it where you want to save it. Typically either as a PSD or a TIFF file. So either way, they both will save layers, okay? The only difference is the PSD is limited to two gigabytes of maximum space and TIFF can go up to four. If you do PSB, which was originally called Photoshop big file I think but now it's called the large document file, I told you they make it really easy, doesn't it? That can save up to a size that you don't even want to know. So it can go pretty...