Skip to main content
Catalog > Money & Life > Writing > The Anatomy Of A Scene > Example: The Graduate 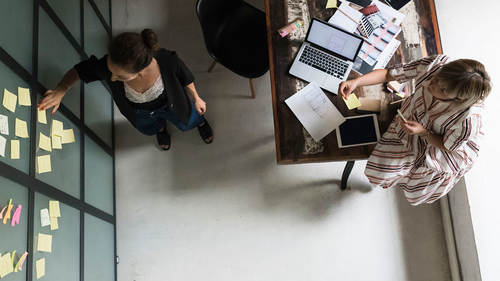 As you know by now, the examples I tend to give are from movies rather than books because more people have seen the same movie than read the same book. And so the example I wanna give you is from The Graduate. And I'm assuming most people have seen it, but let me talk about it a little bit just in case not. The Graduate is the story of Benjamin Braddock. Benjamin Braddock is, I think he turns, he's 20, he turns 21 in the movie. He's just graduated from a very good school. They don't tell you which one, it's back east. It takes place in Los Angeles. He's just flown in, 4 1/2 hours, to get back from college. He's graduated. He did really super well in college, really super well. His misbelief was that when he went to college, if he did really well, when he came out, his future would be waiting for him. It would be something he would want and he could step right into it and instead, he's graduated and he's stepping right back into his childhood bedroom 'cause he has no idea what to do. So...

Although your novel is made up of individual scenes, in truth those scenes are not individual at all, but part of an escalating internal and external cause-and-effect trajectory. Each scene is made up of myriad layers, and performs multiple tasks: they move subplots forward, give the reader insight into the protagonist, develop secondary characters, ratchet up what’s at stake, foreshadow what’s to come, and trigger changes that will ripple throughout the novel.

Wow, that’s a lot! How do you keep track of it? And how do you get it onto the page so that all those layers merge to create what reads as a seamless whole? That’s exactly what we’ll unravel, giving you a clear, concise and concrete method of making sure that every scene you write not only serves the story you’re telling, but rivets the reader.

Never again will you face that frustrating struggle, wondering if the scene you’re contemplating is relevant or not. You’ll learn how to identify and create each layer in every scene, bringing your story to life and creating the irresistible sense of reality that hijacks the reader’s brain.

In this session you’ll learn:

I love Lisa's book, Story Genius, and this course helped me to get a more solid handle on how the individual scenes are part of a greater whole that give them meaning. Great class!

Great storytellers are not born - they are made. The story wizard Lisa Cron helped to peel back some of the mystery behind what makes a scene work and pinpoints pitfalls that make it fall flat on its face. The magic formula of epic badassery is ours for the taking. Lisa helps us get there. 10 out of 10 - will listen again.

I've read Lisa's books and used her Story Genius techniques for three novels. Still, sometimes I find myself struggling with some aspect of the scene card when it comes to implementation. This class on the Anatomy of a Scene really helps to clarify the scene card ideas with more explanation and detailed examples.