The Essence of Light & Love 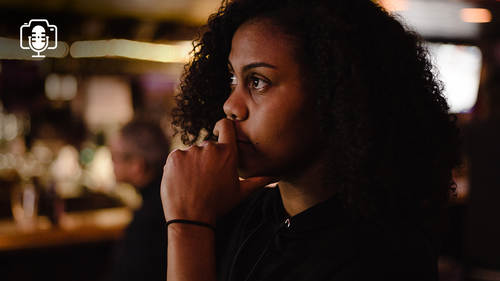 The Essence of Light & Love

Mhm. Mhm. Yeah! Mhm! Mhm! Yeah, Yeah! Hello, everyone. And welcome to Creativelive. Welcome back to Creative Live. If you're a regular here, welcome. If it's your very first time. My name is Ken Klosterman and I am the host here of Creative Live as well as one of the hosts of Creative Live TV and the host of our podcast that is called We are Photographers. I am super excited about our guest today, Alexis Hunley. But before we introduce her, I want to just give a shout out and thank you to Paula Room Goo. This is our final in a series of five conversations that we have had over the past month as a collaboration with Creativelive and black women photographers and Paulie started black woman photographers. Back in June of 2020 she recognized a gaping hole in the photography industry for featuring black women photographers for hiring black women photographers. And she decided to do something about it and she created a website has built a large community of support of networking as well as a...

In this episode, Alexis shares how she’s fast-tracked her photography career in three years. Landing portfolio reviews with editors and improving her work based on that feedback ultimately led to her first magazine cover for Essence. She describes how creating images allows her to process her feelings and emotions of life experiences. Go behind the scenes of Alexis’ coverage of the Black Lives Matter movement - both personal and for clients - and why she focuses on capturing the little moments of connection and intimacy across her body of work.

Alexis Hunley is a self-taught freelance photographer based in Los Angeles. Visual storytelling, a love of color, and connection can be seen throughout her commercial, documentary, and editorial work. Alexis’s work is featured on a recent cover of Essence magazine. Her clients include The New York Times, NY Magazine, Rolling Stone, The Verge, Men’s Health, Airbnb to name a handful. With a background in psychology, she consistently seeks out ways to combine her love for art with her desire to better understand the human condition.