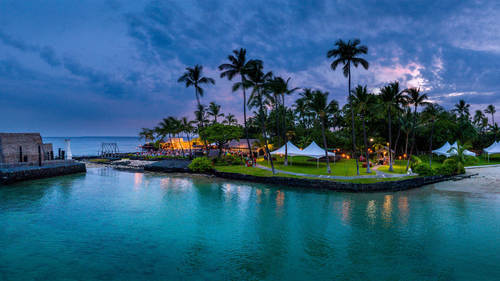 So, 360 seems to be a big thing that people are getting excited about right now. It's a newer, kind of a technology, and it's kind of interesting. So I've got some cameras here you can see on the screen. This is a variety of consumer 360 cameras, and you can see, there's all kinds there, some of them newer than others. Initially they had them and they would rotate 360 degrees taking photos, and then we've got ones with lenses on both sides, and then we've got them with six lenses and eight lenses, and cameras and they're just really exploding right now, so what is the point of a 360 camera? What is a 360 camera, maybe is a good place to start. So, I have a couple here. This one here was one that really kicked off the revolution, as far as like the first decent quality one that was available for everybody, and this one here is the Ricoh Theta. You might have heard of it. This is the V, so this shoots 4K, so it does video, and it also shoots photographs, so what does it do? Well, notice ...