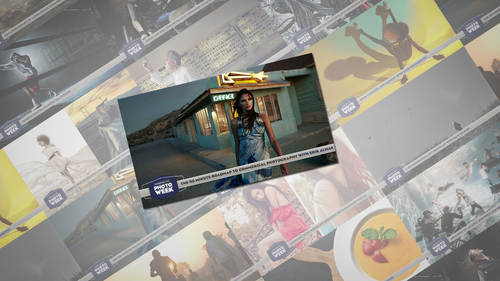 2. The 90 Minute Roadmap to Commercial Photography

We are going to bring out mr eric almas he comes to us from a trondheim, norway. He actually lives here in the states now he has been working as a commercial photographer for many, many years he's worked with absolut vodka with american airlines and has won just about every industry award you could possibly win and we are going to be able to get to sit with him and learn about the ninety minute roadmap to commercial photography part of the portrait and commercial track here in creative life photo week eric, come on out so excited to have you here. Thank you how are you feeling today? I'm feeling great great good that's what I like to hear take it away we'd love to get thank you so thanks so much, everyone thanks for being here to you and I do want to thank those that's follows me on facebook that said they've been listening and tune into this so it's much, much, much appreciated then I got asked to be a part of creative life. I was thinking much about what to what to share. I feel I ha...

How to Market Your Photography By Erik Almas.pdf

Erik has such a quiet confidence that immediately inspires trust, I feel like I could listen to him speak all day. There isn't much information out there about actually getting your work in front of commercial clients, so it was fantastic to get some insight into how to make that happen as well as great advice for really connecting to the way your photography represents who you are, and helping you to define an authentic style that will help your work stand out. For such a short course, it was full of valuable information and more than worth the $29 to listen to an industry leader give such great insight.

This was a good overview. I liked his recommendations for finding your style, creating your portfolio and marketing to others.

This is exactly what i needed! currently watching and receiving Gems!!