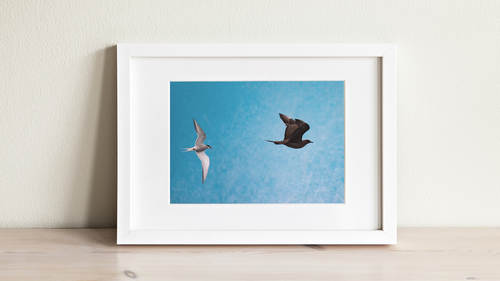 Color space is what defines the outer boundaries of the colors that can be displayed or collected. Beautiful shot. I didn't participate in this event so I don't know exactly what the context is, but it's really great. Really subtle colors here. This photo is a little bit more muted overall. There aren't a lot of vibrant reds, and greens, and yellows. In a photo like this, you don't necessarily need to utilize the full visual spectrum. You don't have to think about, "I need all of those greens and all of those reds." that color space that I'd be talking about would be the human visual spectrum of colors. Maybe this photo only requires a smaller set of colors. The smaller set of colors is what we call the sRGB color space. SRGB stands for standard, sRGB standard RGB. It was, let me think, 1996. It was created in '96 by some companies that you might have heard of, Hewlett-Packard and Microsoft. Back in the day, that's when computers were starting to come of age, and people were using them...

Knowing how to control and see color is essential in making quality prints. Mike Hagen will walk through the entire color process for getting prints to look the way you envisioned. He'll discuss the techniques for calibrating your monitor, color management and color space.

I enjoyed watching this. Mike is an engaging instructor. Very clear and easy to follow. I was somewhat familiar with the various color spaces but this solidified my understanding. I now have some 'next steps' to improve my printing, thank you!

Mike is a great presenter and easy to understand. The content was good but I agree with others that it needed to spend more time on certain aspects. I felt like the videos ended abruptly, they often felt like they were cut off before Mike had finished what he was saying - poor editing CL :(