Lesson 8 from: Create a Culture of Excellence 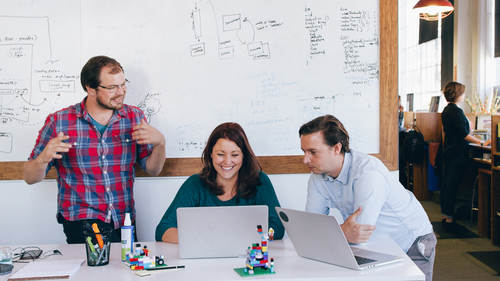 Lesson 8 from: Create a Culture of Excellence

The 5 M's of Momentum

What are your motivations? Or if the word doesn't work for you like it doesn't for some, what are your motives for action? And what we've found over the years is that, once you identify what you want to be known for, once you let yourself see in your own handwriting, or in print that you type out on the computer screen, or on a poster that you put up on the wall. Now, I will say out loud, some people that I've worked with, they'll set a goal that they don't know what it's gonna feel like, and yet they're moving toward it. I always say, what part of the goal can you manufacture or make up? I mean, I've always wanted to be on a television talk show with my wife, talking about the Get Momentum book. I've always wanted that. I don't know what it's gonna feel like, so we started pretending. I called bookstores and I said, hey, we're gonna be in town, will you get a few copies of our book, put 'em against the wall, we'll come by for an hour and sign 'em, if you'd like. Now, not every booksto...

Worthwhile and interesting. Lots of great ideas to implement. No waste of time during all the course. Thank you!