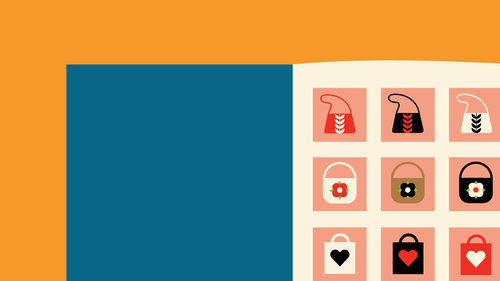 6. Extend the Life of Your Catalog

Function Over Fashion: Your Catalog is a Sales Tool

The Essentials of a Good Catalog

Why Product Photos Are Critical For Your Catalog

Don't Let Budget Stand in the Way of Your Perfect Catalog

Be Proud of Your Finished Catalog

As I mentioned previously, I'm a big believer and having a printed catalog I think it's really important to have one um but I know firsthand that they cost a pretty penny and that they take a lot of time to develop even if you outsource that you still have to be actively involved in the editing process and providing the information that goes into that catalogues. So again, you know, extend the life of that catalog by if you print the catalog I mentioned earlier, you know, you can printed every twelve months to eighteen months that's kind of the life span that you can get it if you go past eighteen months, you're probably gonna have too many pieces to include insert at that point, you just you have too much new to add so you digital should always be current. So somebody was asking about these insert sheets earlier, we talked a little bit about your pricing in terms if you're unsure on how to do those and insert, she is simply just a piece of paper like I printed my net kinko's or fedex ...

Katie Hunt is the founder of Proof to Product, a podcast host, business strategist and coach for product based business owners. Since 2011, Katie has helped thousands of brands get their products on the shelves of retail stores big &amp; small. Her client&#8217;s products are sold in Target, Nordstroms, Container Store, Starbucks as well as independent boutiques around the world.
SEE INSTRUCTOR'S CLASSES

Even though I've been selling my creative work through my wholesale business for several years, this class was a great refresher! It can be so tempting to make a catalog that's artistic and flashy, but Katie reminds us that the main focus should be to make it easy for your client to BUY! Katie has tons of experience with businesses buying and selling paper goods and gifts, and her insights help me focus in on the details that matter most to my buyers. Thanks for the help!

This course was fantastic and gave specific tips on how to effectively create your wholesale catalog. It was a perfect resource as I hadn't even thought about creating my catalog yet, but the info I learned will help influence the direction and thought I put into building out my product line.

I already had a digital catalog, but this really opened my mind up to the idea of a printed one and how important it can be for getting sales. It was great to see other catalog examples and learn about the variety of product that a retailer is looking for in a catalog. Really great class for anyone wanting to expand into the wholesale business.