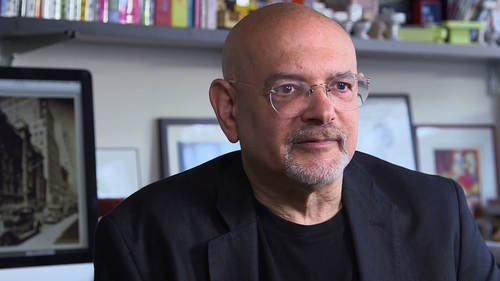 My name is steven heller, I am design writer, researcher, editor, I co chair, the designer as author and entrepreneur, department of the school of visual arts. I've written, edited, co edited, co wrote around one hundred seventy books designers today, uh, need to be literate. Literacy is paramount in any field, whether you're literate about plumbing supplies or literate about art supplies or literate about art, history or even literate about engineering history, you have to know what came before. You have to know what worked and why it worked, and that way you understand what you are doing or what wheels you're trying to reinvent. What is the criteria for a favorite logo? Is that the way it looks? Is it the way it functions and the environment is that the variations that it can be put through there? All sorts of criteria for talking about a logan when you do one hundred seventy books it's hard to remember all of them I'm proud of the poll rand book I'm proud of the alvin lusting biogra...

Terrific, and personal for me. My father Arthur Boden, was the first designer Paul Rand Hired for IBM's in-house design dept. in the late 1950's. Dad worked under the aegis of Rand for 17 years. Now, 90 years old, Dad still loves to recount his days working with Rand, whom he adored as a mentor and friend. Dad was one of the leading designers at IBM, and worked on many campaigns, including the 1964 Worlds Fair, IBM 360, and was a favorite of IBM's CEO, Thomas Watson Jr., for designing his personal, annual holiday greeting card.

Two American design legends. What's not to like? Heller does a wonderful job of illuminating Rand's work in this short, but wonderful video.

Love it. And thanks for the "free".