Lesson 13 from: Digital Guides, Products and ePDFs with Adobe InDesign 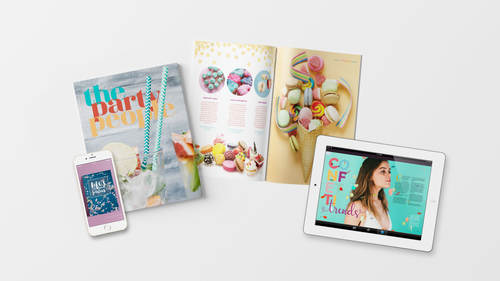 Lesson 13 from: Digital Guides, Products and ePDFs with Adobe InDesign

Before You Start: Preferences and Document Setup

Building a Spread and Table of Contents

So, once we go through the document and we've got everything bookmarked, hyperlinked, the way that we want, now we have to export this separately. This is, gets, a different PDF. So, we would go save the file. Let's save it with our interactivity. So, I'll just press command, or control + S. Or, file, actually. Yeah, okay. We'll keep it. We'll replace the one that we have here. And then we are ready to export the PDF. So, we save the updated InDesign, and now we choose file, export. And I'll put it in the same one. We'll call it party guide, like, e PDF. And this time we're still gonna choose Adobe PDF print. And that's really confusing because you're like, "Yeah, but this is for viewing on an iPad "and emailing to people and no one's gonna print this." Yeah, it should just be called PDF, I think. The other one should be called, like, pimped out PDF. But, interactive is really, for like, video, if you put video in it, or you have rollover buttons, or like, really, and I've taught, actu...

I so wish that Ms. Plikanic would make a new course to push this further and learn how to make ''books'' and tables etc., for those who have done this course.

This course really helped me understand how to make printable PDFs. I took four pages of notes. :)