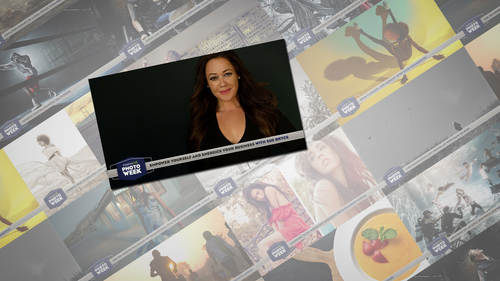 So we are going to be joined here by the wonderful and delightful super rice she was one of our favorites here uncreative live we've had her a number of times and we would love to welcome her as our first interview for this photo week two thousand fourteen special edition rebroadcast with special guest cookie bryce sue how're you doing this morning? I tell you how you doing so I'm good rest good and how is cookie doing she's crying in the middle of the action in the way as always how are you doing lately? You've been in l a for about a couple weeks how is it treating you it's a very warm and yeah really enjoying it big city just getting tio used to driving around yeah, right very different love it ok, so let's talk a little bit about photo week now tell us just a little bit about your course empower yourself and revitalize your business. I had just come off a few courses with large aid in kelly brown and so we kind of cross the get rid of a ll the opposing shoppers that I do and I want...

What’s holding you back from realizing your dreams? Award-winning portrait photographer Sue Bryce will show you how to reconnect with your true passion and empower yourself to create a sustainable, energizing business. Sue will reveal her personal path as a photographer with 24 years in the business and show you exactly how she has conquered fear and self-doubt. After these 90 motivational minutes with Sue, you will be ready to revitalize your business and reinvigorate your mindset.

OUTSTANDING!! Just a phenomenal presentation for any individual committed to standing in their own personal power and being accountable for creating a life they love. Sue is a powerhouse, and is the embodiment of authenticity, integrity, service, and passion. ☆☆☆☆☆

I typically don't write reviews but I just have to say that this was worth every penny. If you are looking to re-energize yourself as an artist, photographer, business owner (any field you are in) who are looking to find what they want to focus on - this video will really inspire you to get what you want and work hard to attain it. Sue Bryce shared her challenges and inspiration, I'm truly grateful.

Thank you Sue for this wonderful empowering class. I relived my past triumphs and present dull decisions. Thank you for the wake up call and the reminders of how I used to live and slowly believed my current surroundings as reality. Thank you for the push in another direction where I belong.