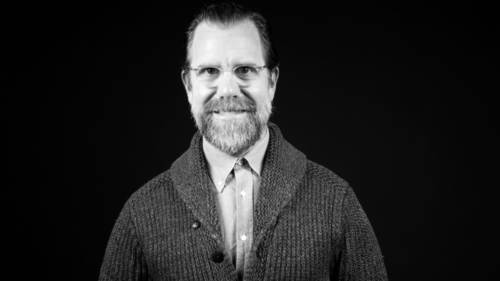 Hey everybody, how's it going? I'm Chase Jarvis, welcome to another episode of The Chase Jarvis Live Show, here on Creative Live. This is where I sit down the the world's top creatives, entrepreneurs, and thought leaders, and unpack actionable insights, with the goal of helping you live your dreams, in career, and hobby, and in that thing called life. My guest today is Scott Dadich. Hello, sir. (upbeat music) We love you. Hello sir, how are you? I got dad itch. Dad itch, yes. How many times have you did said that, a million? Yeah, like your dad has an itch. (laughing) yes. We all have these little, we got these little things to describe our world. You'd be surprised. I bet, I bet. Folks don't always get it, that's alright So, for the folks at home, why don't you pretend that they've never met you before, although I know they're familiar with your work, because of Wired fame. But, describe yourself to the folks at home. Uh, yeah. I have a design background for th...

Today’s podcast is a hero’s journey of sorts – featuring Tom Bilyeu. This episode takes us over the hills and through valleys of Tom’s career – from hiding in soul-crushing jobs and destroying his health with crushing anxiety to personal transformation and meteoric entrepreneurial rise. We chat about neuroplasticity and how Tom has rewired his brain, undoing negative thought patterns and replacing them with healthy, positive loops. Tom oozes honesty and passion -sure to resonate in your own pursuit of your highest self.

Scott Dadich is a designer, filmmaker, and entrepreneur. He’s currently the co-CEO of Godfrey Dadich Partners, a design, content, and strategy firm. Prior to that he worked at Conde Nast as the editor of Wired and leading the build-out of Conde Nast’s digital strategy including the tablet editions of their magazines (if you remember when those came out, they were incredible products that were among the first publications that really felt tablet-native). He’s also the creator of the amazing new Netflix series “Abstract: The Art Of Design”– I’m sure a lot of you have already binge-watched it, and if you haven’t then do yourself a favor and check it out ASAP.