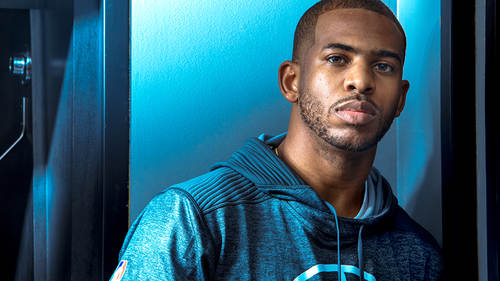 For me, photographing athletes is being prepared as doing something like this. This photo shoot right here was 30 seconds with Floyd Mayweather and 30 seconds with Manny Pacquiao. I shot that for HBO originally, and one of the biggest things that I'd like to tell any potential photographer that's out there is whenever you shoot stuff, regardless who you're photographing, like, I didn't do this shoot with them and get them and say, "Oh my God, I made it. "I shot Floyd and Manny. I'm great," right? When you do a shoot like that, right, like, congratulations, no one cares. Like, right? You shoot them, no one's gonna hire you after that or like publish them, right? So when I did this shoot it was for HBO. When you shoot stuff for a network like HBO or MTV or anything like that, it's usually a buy-out. You don't own the images. So I did the shoot, but I could still market them directly to all the editors that I know, so after I did this shoot and I had the images, I sent them to all the edi...