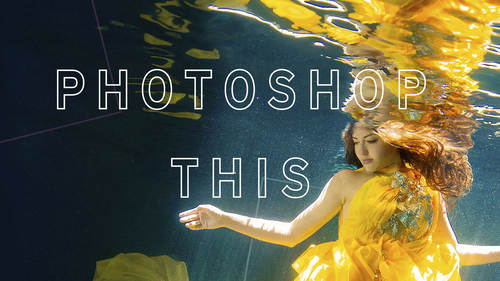 Introduction to Photoshop This with Jared Platt

All right, our next challenge is a very simple one and it comes from the darkroom days. Back in the darkroom, we only had the ability to do certain things. We couldn't 3D map our images. We could burn, we could dodge, we could add contrast to various areas, we could print on more contrasty paper, we could tone our prints, we could add chemistry and alter the prints that way, but there wasn't a lot you could do in the darkroom. And yet, we did some amazing things in the darkroom and so the challenge is to take a ho-hum image, something that's just flat and not all that interesting, and do something to that image through darkroom techniques of burning, dodging, localized contrast et cetera, to make that image amazing. Are you ready? Yep. Okay, I think that you have, I'm not actually sure how many minutes you have on this challenge. [Background Voice] Four. Four minutes! We have four minutes on this challenge and I'm going to start the clock now. So let's see what we got here. H...

Super entertaining and informative. I loved watching the experts work their magic with hilarious contests, while also talking through their processes. So much fun!

Can't wait for this class!!!