Lesson 4 from: Unleash the Power of Adobe Creative Cloud 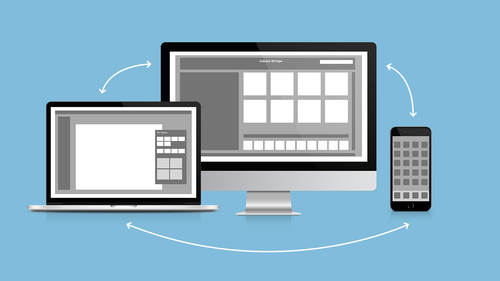 Lesson 4 from: Unleash the Power of Adobe Creative Cloud

4. How to use Adobe CC Libraries

How to use Adobe Bridge

How to use Adobe Comp

- [Melissa] Okay. So let's talk about libraries. And I'm just going to open up Photoshop so we have something to look at. So, libraries, what are libraries? When did they show up? Well, they showed up a couple years ago. Okay? And they've been slowly getting added to each application. They're evolving. So my goal, Adobe, are you listening? I've told them this and they looked at me like I had three heads. I want to see libraries in Bridge. That would be like, "Haaaaa," because then, I could just open up all my stuff in Bridge and then drag and drop it into the libraries and my library is ready to go. It would be so sweet. And I told the engineers that and they're like, "What?" Because in their mind, libraries and Bridge are kind of the same thing. I'm like, "Oh my God. You guys. Please, please, add them. Add them." So anyway, I put the bug in their ear in November. Well, hopefully, that's going to happen someday. So libraries showed up, I think it's in Photoshop first. You know, I could...

Wow, I can't thank Creative Live enough for this class. I was blown away. This is just what I needed as I continue on my path of self growth and development. Please do yourself a favor and get this class, it is well worth the investment. After all the best investment is in yourself.

Great review on Creative Cloud especially, I've been confused about mainly colors, and the difference between saving as a search, a color theme, or in a CC library. Definitely helped and is full of info, Melissa is a very entertaining speaker as well and I loved the small bit of audience participation to get questions from others who might have similar thoughts about the programs they're not used to.

Nice Intro In the adobe creative cloud. Thanks.