Lesson 4 from: Using Animoto Slideshow Videos to Grow Your Business 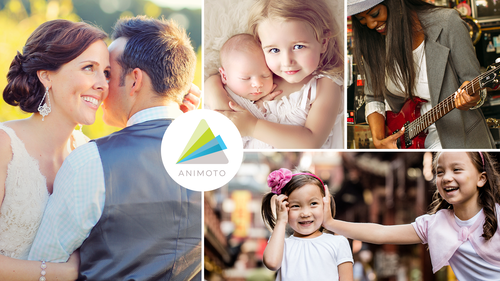 Lesson 4 from: Using Animoto Slideshow Videos to Grow Your Business

Animoto for Sales and Marketing with Vanessa Joy

Impact of video on Social Media with Kelly Brown

And now we have Mr Jared Platt, who is going to teach us a live demo of really how easy it is to use Inamoto. So Jared Platt, Of course. You've seen him here on Critical. I've many times. He is a wedding photographer based in Arizona. He has been shooting for over years. And of course, he is also known for his teaching of light room and workflow. So Jared taken away. All right, um, so the the concept of making slide shows and movies is something that's been happening for well, since the Internet became a big deal for photographers. And I I'll remind you that I've been shooting long enough that I was shooting before the Internet was useful. And so, um, I've kind of watched this thing grow, and I remember the first time that we made slide shows they were in flash. Do you remember that old program flash? So they used to be in flash, and they really complicated to make and and they required a whole bunch of moving parts and and it was just a really bad situation. But, uh, then we started ...

Roy Ashen is the Cofounder and CEO of Triple Scoop Music, the world’s leading music licensing service for creative professionals. Great music can supercharge the style, soul and energy of your videos and Roy is passionate about helping photographers, filmmakers and video creators find the perfect soundtrack for every project. Roy is also an award-winning
SEE INSTRUCTOR'S CLASSES

Wow! Only 25 minutes into this program and I'm getting soooo many great ideas from Vanessa Joy about using Animoto to better build my business, as well getting inspiration from seeing Vanessa's incredibly beautiful work. Time well spent for me today, for sure!!

I became passionate about photography in the 1970s. I can still feel myself gently pulling the film leader over the sprockets in the camera back. I went kicking and screaming into the digital age. Didn't want to learn new tricks. But if you don't stop and listen; grow and change, you may as well dig a hole and jump in. Changes happen and customers move quickly so we all have to keep up. Animoto will keep customers calling, not running. For as much as I have learned and do, there is still much I still need to know. Yes, I need to know Animoto and I am grateful to this class for opening my eyes. Bravo! Great job! Great inspiration! I'm psyched!

Excellent class. So excited to get it. I will use it to expand my business. A great introduction to Animoto and ideas with practical uses. So glad I have it so I can go over it again and again to practice and review their ideas and tips.