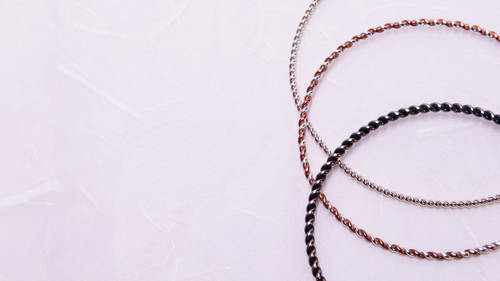 Wonderful to be here creative live this morning and to set the setting the first workshop I'm going to be working with wire twisting wire today and will be able to do some bangles and some hearings and some stacking rings so it's really fun the twisting wire it's one of the things that students once they realize how to do this it's pretty simple technique they are like their eyes get big and they're really excited with what they can do with it so that's what I'll be starting out with? But I thought I'd I'd set the stage a little bit again just with basic jewelry making that I like in the sense of I work so precautions for the studio I were closed toed shoes which is always a good habit to have we're closed that you're not really invested in you feel comfortable in but are not super important to you because it can get dirty and try to avoid polyester or really synthetics especially if you're working with the torch because that those go up in flames like you know real fast so a couple li...