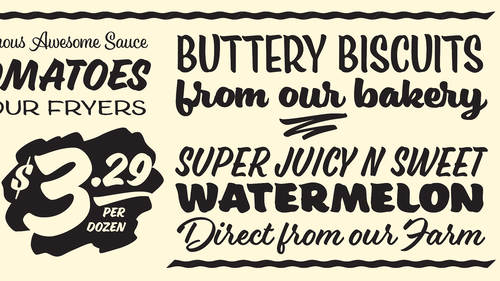 All right, so let's get started actually doing some thumbnails, so I'm going to show you guys, you know how I've done mine and we're going to spend about fifteen minutes on some nails, and I want you guys to go through and sketch son, and I'm going to sketch some of my own, but I'll show you guys what I got started before we do that, this is just a really fast, really just a quick little tip kind of an overview of the way the rest of this course is going to work out what we're going to dio so we're going to start out with thumbnails with with pencil and or brush, and I'll kind of explain that process will move into a pencil skeleton where we take the thumbnail of our dreams and we work it up into something a little bit bigger. We'll do lettering of multiple renditions. I think that you can not spend too much time going over and practicing and refining your lettering, combining the best lettering elements together into one piece, so maybe save letter this expression twenty different tim...