Skip to main content
photo & video
All Photography Classes > Business > Building Your Photography Business For Under $3,000 > What To Charge For Your Products

Lesson 15 from: Building Your Photography Business for under $3,000 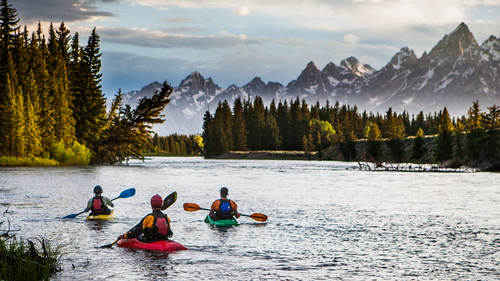 Business > Building Your Photography Business For Under $3,000 > What To Charge For Your Products

Lesson 15 from: Building Your Photography Business for under $3,000

15. What to Charge for Your Products

Where to Invest Your Money?

Where to Spend Your Time?

How to be Profitable

What is Your Photography Style?

What Products do You Want to Offer?

How Will You Produce Your Products?

How to Use Markup Factors

The Per Hour Sale

How to Increase Your Following

Maintain Your Brand through Publicity

There are two types of pricing that you can use as you're thinking about your business. There's cost based pricing, which is the easiest one to figure out. And it's based on the cost of running your business. And so, when we looked at those numbers earlier, those percentages, those were cost based numbers. And it had to do with how much you were spending to operate your business, how much you were spending to produce your product, and how much you are paying yourself. Those were the three factors. So, cost based pricing says, the higher your expenses, the more you have to charge. Okay? So if you are an equipment junkie, and you have to buy the latest and the greatest, and the best and all of that, you're gonna have higher costs, so you have to charge more for your product. If you're super frugal, and you make do with what you have, and you don't have a commercial location, and you are really watching every penny that's going out the door, you can charge less and still be profitable. Ok...

Peter and Kathy Holcombe once owned a traditional mom and pop studio based in Boulder, CO that catered to a high end wedding and portrait clientele. Three years ago, they sold their home studio and moved both their family and business into a Winnebago RV and hit the road, taking their twelve year old daughter along on the adventure of a lifetime.
SEE INSTRUCTOR'S CLASSES

Kathy was a wonderful instructor. She was engaging and someone who was precise and incredibly helpful. We have a full time photography business and are always looking for new ways of running our business. Her information was insightful and forced us to have conversations about our business that we have haven't had in several years. She is fantastic and someone who has the information needed to help you start or expand your business. Thank you for a wonderful class!!

Thank you Kathy for yet again another very thought provoking class. You are such an inspiration, teaching us the right questions to ask ourselves so we too can be brilliant photographers / entrepreneurs. I was a fulltime RVer for seven years, traversing 44 states and seeing some of the most beautiful places on our planet. It gave me a great opportunity to meet some extraordinary people and to hone my photography skills. Now I have put down roots in Stapleton - Denver, CO and am soon to launch my own Family Lifestyle Photography business. Your course has definitely given me the courage to just charge ahead and go for it!

Another top notch production from the amazing team at Creative Live! Kathy Holcombe, aka FAMAGOGO did a great job of covering all the basics along with the associated costs involved in starting up a photography business. However, you don't need to be a beginner to get great info from this class, it's packed with ideas and tips that even an experienced pro can put to work and take to the bank literally the next day. I highly recommend this class.