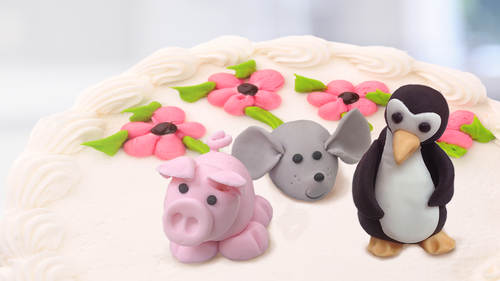 Ok are you guys ready to do the panda yeah ok so I'm softening up or working needing loving grassing not pressing crashing white will need to soften up some black are you having a good time or you just going here okay, here we go it's cleared is yours I practiced this morning and a few other days before that and then a few other years and you know when you're learning and you're what in your working along and you're in a class it doesn't always come together sometimes you need to kind of step back be by yourself think about it and then all of a sudden you got uh yeah there's a difference ok, so I've got my white workable let me think for a minute black kids okay had my nice little models all made in there not yet but ken's know they have whitehead's they have a white head there white head okay so we've got that softened if I'm going to go ahead and soften up the black now too or at least part of it and a black face yeah okay let me wipe my hands because I touched that black and then I'...