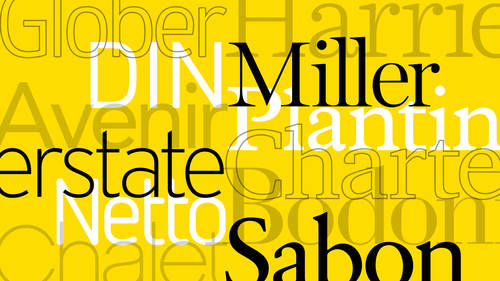 You guys I'd like to talk to you about, you know, some little tricks that I've demonstrate with over the years and kind of used to parrot typefaces together in like, a digital environment here, so, um a lot of times I'll look at the characters and compare them so I I want to set up a little system here that I've used, um to show you over the years just with sums characters real quick to start off with and I'll start off with some untraditional typefaces that we've paired together in the past if I could find those like ehrmann here and we'll get it really big so we could see it and so just some characters toe look at you know, I'm using the capital a in the lower case a and the lower casey I have the to allah graphs in here, the two story a g and I used to go in the e to look at the open counter in the tea in gary, mont here the eyes really small, and then though I use for to see how wide the character is in the r I try to see how how small this close counter is and then some numerals o...