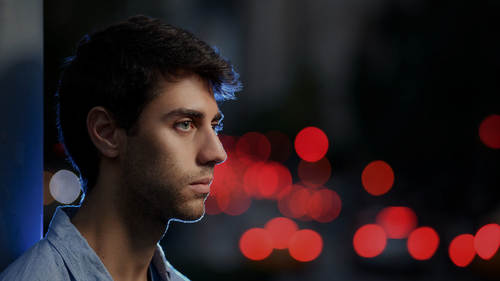 1. Managing Light on The Streets at Night Show Transcript

Hi, I'm Joe McNally, and we're gonna take a bit of an urban adventure, photographically speaking. We're gonna take a look, during this class, at managing darkness in an urban environment. And not just any urban environment, we're in the Big Apple of all urban environments, New York City. And the challenges are steep, but the rewards are also really wonderful. I'll be straight up with you, I'm a horrible landscape photographer. Put me out there with the mountains and the trees and I just go to sleep. Give me a bunch of concrete, and I'm a happy camper. I always find urban environments to have a lot of inspirational kinds of qualities. The night-time lights add another layer to that. And that's what we're gonna talk about in this class. Lots of issues, right? Camera stability, managing your lenses well, the idea of managing light to match the environment. You don't wanna bring a white light into Times Square. You maybe wanna put a gel on that light, make it look more contiguous with the ...

environment. You have to be careful of flare from traffic, you know. Hopefully happy accidents happen, not bad accidents. Where you get a passerby who becomes a kind of a little bit of an actor in the play that you're setting up. All those kinds of things can happen in the city. But you do have central, core issues to manage. White balance, camera technique, lens choice, and of course lighting. Lighting that will match the environment and also treat your subject well. Cause face it, you know, the lights on the streets of the city, they're not portrait lights. They're not kind to people, so it's our job as photographers, it's incumbent on us to bring a light that's appropriate to our subject. What do I think will happen tonight? You know, hard to tell. We're gonna find a picture. And as usual it's gonna be a little bit of a hectic hunt because we're gonna be in the midst of this fast-paced environment, lots of people on the street. They are going their own way and we're trying to do our thing in the middle of it, so, you know, one of the things to remember in an environment like this is watch your back. You always have to have a second pair of hands when you're working on the streets of New York City. You have to have somebody who will watch your back, watch your gear, you know make sure that you don't stray, like you're following a composition and step in front of a taxi, whatever it might be. It's a team effort on the streets. I would not suggest you go out there as a lone wolf if you've got caught, you know, an environment where you have gear and everything all over the place, that's a recipe for disaster. You have to have a plan, and I've got a bit of a plan for tonight though I'm willing to freelance off of it. I mean, it's like anything in New York. Like the bus going by, you know. You know. Audio suffers, what are you gonna do? You punt, you find something else. So yeah, we're gonna go out on Park Avenue. It's good to know the city, right? Like I knew on Park Avenue there's this rise in Park Avenue in the 60s that might give me a good angle on some fading street lights as the sun goes down. We're gonna go maybe north of Times Square and get a little glow, we're gonna go west of Times Square and see if any of the lights reach down that way. So we do have a rough game plan but you have to be very, very flexible in an urban environment and be willing to change and turn on a dime. That's, you know, very important, you know, game plan. I mean, you know, plan bathroom stops well, you know, when you're out there cause if you're on the streets in New York as a freelance photographer, you know, you gotta know where, you know, it's easier now cause there's so many restaurants and Starbucks, they're everywhere, but back in the day, again, you had to kind of know the hotels that you could duck into the men's room, you know, and take a break. You know, that kind of thing if you're on the streets of New York all day long you have to be prepared for fatigue, you know, all that sort of stuff. If things don't go well you also have to be prepared to do nothing. One of the best things I can recommend for an urban shoot, if things aren't going well, stop. Sit down. Have a coffee. Regroup. All that sort of stuff. You don't want to be in a frenzy and I'll quote a dear friend of mine, Jay Maisel, who is the quintessential New York City photographer, okay. Walk slowly. Walk slowly. Because you can think there's a picture down the block and you're cooking after it and you'll pass five pictures along the way in your frenzy to get to that one, okay. So walk slowly. Look around. There's pictures everywhere.