Lesson 14 from: Goal-Setting & Planning to Grow Your Standout Business 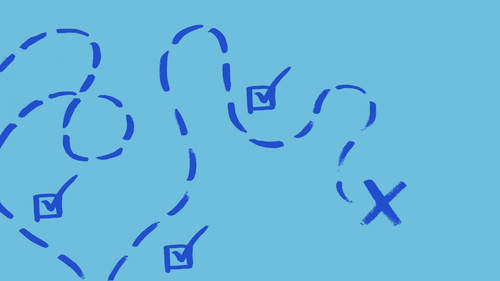 Lesson 14 from: Goal-Setting & Planning to Grow Your Standout Business

Make Your Ambition Your Vision

Create a Set of Guiding Principles

Invest in Your Values Through Meaningful Change

Identify Resources to Invest In

Assign Resources to Each Project

Alright, now we need to divide our projects into sprints and marathons. Because sometimes, some successes come from concentrated effort and fast action. (whispering) Those are my favorite kind. (audience laughing) And others come from a long, slow burn. Those I don't like so much. (audience laughing) But it's reality, right? What I've noticed though, in working with clients and small business owners for a long time, is that old adage of slow and steady wins the race actually kind of drags people down because they assume that if they're not going slow and steady with a project, if they're trying to make it happen fast, that they're doing it wrong. And so I see a lot of people actually extend projects out or extend out goals because they think, "I gotta do it slow and steady "because that's what's gonna win the race, "that's what's gonna lead to long term growth." And there's a lot of truth to that but there's also a lot of danger in that because sometimes you need to test assumptions, y...

6 Books That Changed the Way I Plan for My Business