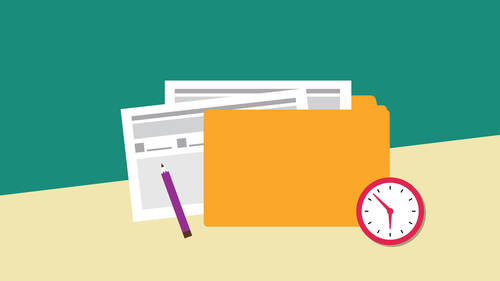 After you process all of your paperwork, you're going to end up with probably a bunch of these temporary files we've got our post its on here and what we want to do is again divide these temporary folders up into our broader categories so remember we've got active we've got the stuff that would live in the filing cabinet, which I'm suggesting let's start scanning that stuff and then we've got the archive stuff which is not going to live in the filing cabinet were going to box it up and send it to a closet or some sort of storage space that we don't really need to have full access to so knowing that, um we're going to take a look and say, ok, we've got our two duis we've got pending we've got to scan you guys are probably going to have some more active files is there a couple of things we can do? We can scan some of that paperwork in because it's going to talk to our active paperwork which were filing online or like a lot of us, we have active paperwork that doesn't get scanned in it ki...