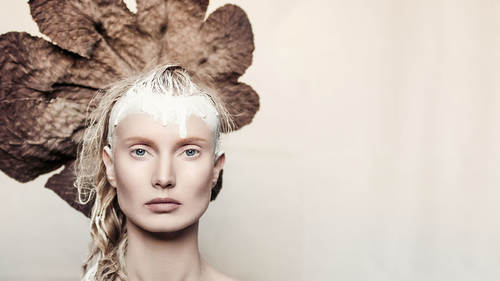 So now, we're going to pop over to posing, posing do's and don'ts. So with beauty photography, you got this much to work with so if you mess up the posing of this stuff you messed up your shot, and so you're posing the angle of the face, you're also posing the shoulders, and you're posing the hands. Those are the things that I'm paying attention to, and when you're posing the face what I usually do when I start off with a model, is, oh, first of all I look at her portfolio and I try to analyze what angles seem to popping up often 'cause you can see in the portfolio. "Oh okay, she's not being photographed straight on, she's probably not symmetrical" or straight on she's gotta really broad jaw something like that, you can usually tell as you look at the portfolio, what their strengths are. So I'll do that, but also when they first come in, in that natural looking shot, that first shot of the day I shoot a whole bunch of different looks and so we will, I mean a whole bunch of different an...