That characteristic sound that a camera takes as it snaps a photo? That’s the camera’s shutter. And while the shutter may move the same way every time you take a photograph, it doesn’t always move at the same speed. But what is shutter speed? How do you adjust shutter speed settings? And, ultimately, how can understanding shutter speed help you take better photographs?

What is shutter speed?

A camera takes a photograph by exposing a digital sensor (or a piece of film) to light. The shutter is simply a barrier that keeps light out when you’re not taking a photo. Pressing the button at the top of the camera (it’s actually called the shutter release) opens the shutter, and when the shutter is open, an image is recorded. When the shutter closes, the camera stops recording.

The shutter speed, then, is just how long that barrier stays open to let light into the image. Shutter speed is how long an image is exposed to light — it can be milliseconds, or even minutes.

As one of three elements that affect how light or dark an image is (called exposure), understanding shutter speed is essential to taking full creative control of the camera. If the shutter is left open for a long time, the lens will let in a lot of light, and unless you are shooting a very dark scene, the image will be too bright, or overexposed. If the shutter speed is too quick, on the other hand, the photograph will be too dark.

So what’s the right shutter speed? That depends on how much light is in the scene. Outdoors on a sunny day, you’ll need a quick shutter speed, like 1/500. Indoors, you’ll need to slow it down a bit — perhaps 1/100. Shutter speed is also just one of three different settings that affect exposure — you can also widen the aperture or increase the ISO if the photo is too light and vice versa. Putting shutter speed with ISO and aperture will give you the most creative control over your images, but, if you have no idea what aperture and ISO is, you can still adjust the shutter speed on your camera.

Manual mode allows photographers to control shutter speed as well as ISO and aperture, but what if you’re just getting the hang of shutter speed without diving into two more things? There’s a mode for that too. Shutter priority mode allows you to set the shutter speed, while the camera does the rest. That’s a great way for beginners to learn, but advanced photographers use it too for simplicity or when the lighting may change quickly.

Shutter priority mode is either designated on the camera’s mode dial by an S or a Tv (for Canon and Pentax users). In that mode, the control wheel at the back right of the camera near your thumb will now adjust shutter speed (though some cameras have a second dial in the front too — check your camera’s manual if you’re not sure).

In cameras with an LCD screen at the top, the shutter speed will often be displayed there. If your DSLR or mirrorless doesn’t have that second screen, the shutter screen is often displayed on the back LCD screen — and also inside the viewfinder, on the bottom or the side.

So what should you set the shutter speed to? That depends on how much light is in the scene as well as how fast the subject is moving. For example, sports photographers often shoot at a 1/1000. Kids and pets are still active but not quite as fast so a 1/250 shutter speed will often be plenty, though in bright light faster speeds can be used.

When choosing a shutter speed, err on the side of too fast. Too slow and you could see another side effect of the shutter speed: blur. When the shutter is open, an image is being taken — but anything that moves while that image is being taken will blur. Shutter speed, then, should match the speed of what you are shooting (if you would like to avoid blur, anyways). If you are shooting a soccer game at 1/80, for example, the players will likely blur as they move. Most sports are shot at a much higher shutter speed — often 1/500 and higher. For kids, people and pets not displaying their talents on a field, a 1/250 speed is often sufficient.

So what shutter speeds do you start seeing camera shake? As a general rule, don’t use a shutter speed that’s slower than your lens lens length without a tripod. What does that mean? If you are using a 300mm lens, keep your shutter speed at least 1/300. Camera shake is emphasized by telephoto lenses, so the longer your lens is, the faster the shutter speed should be. But wait, is blur always a bad thing? While using the right shutter speed can help prevent unintended blur, it can also introduce a number of neat effects by intentionally blurring the images.

Blur, in the right spot, helps add a sense of motion to a still photograph. When photographing a race car, for example, many photographers choose a speed that’s fast enough to blur the tires while keeping the body of the car sharp. If the tires aren’t blurred, the car looks like it could just be parked on the track.

Shutter speed can also be used to keep the subject sharp while blurring the background. If you follow the movement of the subject while the shutter is open, the subject will be fairly sharp while the background will blur. Panning is a tricky technique to master and requires a bit of practice, but it can create some neat effects. The shutter speed for the panning technique varies a bit, but it’s often much slower, around 1/30 or 1/60.

Still scenes (or those that seem still) can still use shutter speed for creative effects. Long exposure photography intentionally blurs some motion while keeping the rest of the scene still. Waterfalls with smooth white water, for example, are shot with a tripod and a long shutter speed. Long exposure is also a popular technique for shooting night landscapes — even if there is no motion (the lack of light makes it tough to achieve the right exposure without a long shutter speed). A tripod is required for long exposures, and if you plan on using the technique during the day, you’ll need a neutral density filter to prevent overexposure.

Traditionally, the shutter is a physical piece that moves up and down inside the camera — but smartphone cameras use what’s called an electronic shutter. With electronic shutters, there’s actually no physical barrier. Instead, an electrical surge tells the sensor when to record.

Electronic shutters often allow cameras to shoot at even faster speeds, which is why some camera manufacturers are now including both types in their cameras. The problem with electronic shutters, however, is that they tend to reduce the image quality by introducing more noise, or tiny dots, into the picture. Electronic shutters are also difficult to use with long exposures, since they drain the camera’s battery — the iPhone, for example, cannot take an exposure longer than 1/4 of a second.

Photographs may capture a single moment in time, but they can still create a sense of movement through shutter speed. Fast shutter speeds freeze the motion, creating sharp images, while slow shutter speeds will blur the motion. Understanding what shutter speed is unlocks the potential for solving a number of different photo issues as well as opening up new creative possibilities. 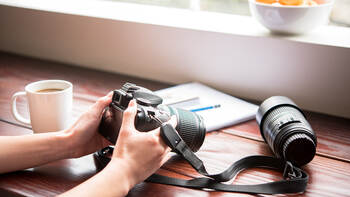 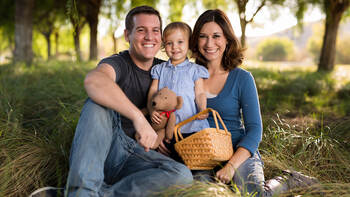 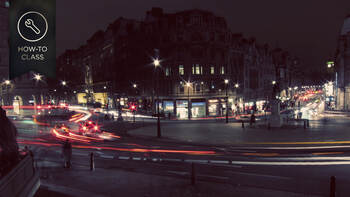