Photography Rules of Composition: Think Twice Before You Break These 5 Rules

Creative stipulations may sound like it belongs on the list of oxymorons right alongside jumbo shrimp and bitter-sweet, but rules can either be restricting — or inspirational. Composition is full of both photography rules and techniques. Using lines, emphasizing pattern and filling the frame, for example, are all techniques that are helpful in fine-tuning compositional skills, but they’re not rules.

Photography rules, on the other hand, are true more often than not. You can shoot a good photo without using pattern, for example, but, most of the time, the Rule of Thirds will get you a better shot than without. Photography rules are not unbreakable — great images have been taken that disregard things like the Rule of Thirds — but unlike techniques, they can be applied to almost any image, unlike, say, the technique of emphasizing patterns, which may not exist in every scene. Understanding different compositional techniques along with these five photography rules for composition help create stronger images.

The Rule of Thirds

The Rule of Thirds is one of photography’s most well known “rules” and it’s one that’s rather simple for beginners to pick up. Imagine that your image is divided into three sections both vertically and horizontally, like a tic-tac-toe board: The Rule of Thirds suggests that placing the subject on one of those lines — or better yet, where two of those lines intersect — creates a stronger composition.

The Rule of Thirds does a few things for composition. First, it gets new photographers off the habit of centering the subject by default and thinking about the entire frame. Second, it creates empty space that helps draw the viewer’s eye into the subject.

Simple to use yet easy to vary by adjusting what line the subject falls on, the rule of Thirds is a good starting point for choosing what should go in the frame and where.

The Golden Ratio is the Rule of Thirds all grown up and decked out in it’s Sunday best. Based on ratios that look pleasing to the human eye, this photography rule has been around since before photography itself, used in infamous artwork like the Mona Lisa and The Last Supper.

Based on the 1 to 1.618 ratio, the Golden Ratio is a design concept based on numbers that Leonardo Fibonacci devised in the 12th century to create a “perfect” design — and in fact the Golden Ratio is seen in nature in things like the spiral of a nautilus sea shell.

The Golden ratio can be applied in a number of different ways. The original Fibonacci Spiral puts those so-called perfect numbers onto a spiral, like this: By placing the most important elements of the photo in the smallest portion of that spiral, the eye is naturally led through that image. Why the Fibonacci Spiral works is anyone’s guess, but it does — and there’s plenty of historic artwork to prove it.

The spiral can also be simplified a bit into a grid. Much like the Rule of Thirds, the Phi Grid divides the image into threes, only instead of dividing them equally, the lines are based on that ratio, with the middle sections taking up .618 of the space that the outer sections takes up. That means those middle sections, both vertically and horizontally, are closer together and you end up with a grid like this: Using the Phi Grid is very similar to following the Rule of Thirds, it’s just a bit more refined and tailored to a ratio that’s proven to be more appealing. Many camera models allow you to turn on a grid based on either the Rule of Thirds or the Golden Ratio, so that you don’t have to guesstimate where that .618 ratio line falls.

First the Golden Ratio, now the Golden Triangles? The Phi Grid (and the Rule of Thirds) works well for vertical and horizontal subjects — but what if yours is neither? The Golden Triangle concept is a guideline for composing with scenes and subjects that have more of a diagonal shape.

Instead of imaging the image as evenly parted into threes, draw a diagonal line from one corner to the opposite one. Then, using either one of the remaining corners, draw a line up to the first imaginary line, like this: Placing the objects in the photographs along one of those lines or within one of the resulting triangles helps create a strong composition, even using objects that have a more diagonal shape to them.

Even simpler yet is the Rule of Odds. Using an odd number, whether that’s for the subject or objects in the background, tends to be more visually appealing than using even numbers.

Why? Odd numbers have a middle — when you use even numbers, the eye tends to fall on the empty space between them. In odd sets, the tendency to see the middle only emphasizes the pattern, instead of detracting from it. Like other rules, the Rule of Odds is not infallible, but a good compositional rule to help guide your choices.

Unless you are shooting a whole-body portrait, composition when photographing people involves determining just what parts to keep in and what to keep out. Which, of course, brings another photography rule: Don’t crop at the joints.

Why? Cropping at the joints feels like an amputation, whether that’s as you shoot (recommended to keep the resolution intact) or in post. When you leave a bit after the joint (or crop it before) the eye naturally fills in the missing details and it doesn’t look so awkward. Avoid cropping at the toes, ankles, knees, fingers wrists and elbows. In a close-up, cropping off a small part of the head is fine, but leave the ears intact.

Understanding the photography rules of composition is essential to creating stronger images — and knowing which rule to follow. Sometimes, breaking a rule leads to a good photo, like ignoring the rule of Thirds and Golden ratio to center the subject and emphasize symmetry. But, more often than not, understanding the rules of composition help create stronger photographs. 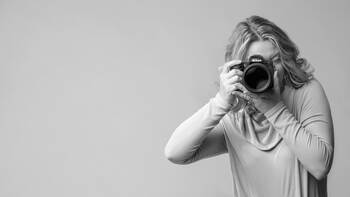 Beyond DSLR Basics: Composition and Lighting 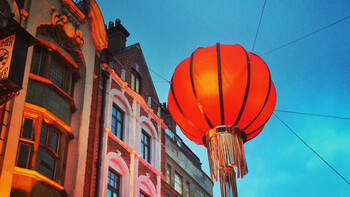 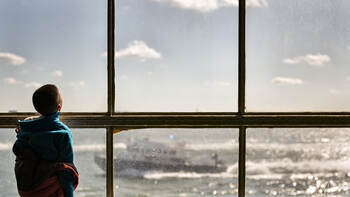 Composition-Beyond the Rule of Thirds 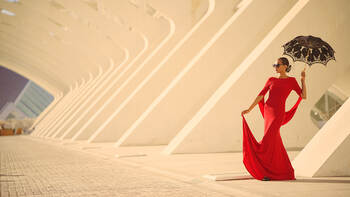 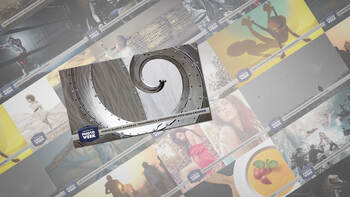