Lesson 14 from: Fundamentals of Canva 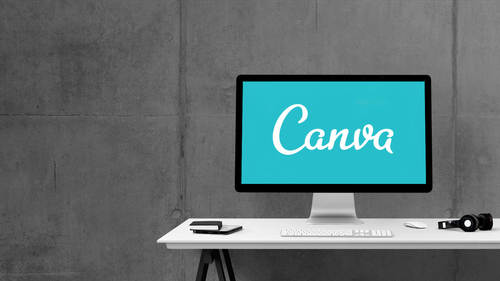 Lesson 14 from: Fundamentals of Canva

Creating a Brand Set From Scratch

So now let's take a look at some advanced Canva techniques. We looked at some things like basic manipulation of elements, we looked at some general techniques, some design principles, now we're gonna dive a little bit deeper into the program because there's some things I wanna show you that'll really help you out a little bit. The first thing that I wanna talk about is some tricks inside of Canva. So in order to start this, I'm just gonna create another social graphic again, and again it'll pop up into my account. Here I have my stage, my header bar. I'm gonna go ahead and rename this. I'm gonna do Advanced Tricks and click Done. Now the first trick that I want to show you is selecting things in front or in back of other objects, and this is really important because sometimes we need to be able to get to a particular object, and it may be very difficult if there's a lot of things on your stage. So in order to show you this, I'm gonna create a bunch of different objects. I'm gonna do ju...

Matt lives to tell stories. He believes that behind every behavior lies an archetype, a hero or villain, and an epic tale waiting to be told. Matt began his career by infiltrating advertising circles in Washington, DC, quickly rising to lead large creative teams on multi-dimensional engagements.
SEE INSTRUCTOR'S CLASSES