Lesson 8 from: Writing Bios that Get Noticed 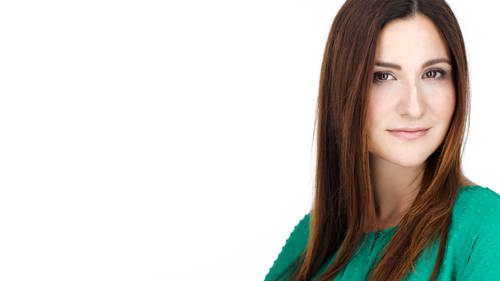 Writing > Writing Bios That Get Noticed > Writing A Compelling Byline

Lesson 8 from: Writing Bios that Get Noticed

Let's talk about writing a compelling byline. Alright, so this is like a 75 word-ish byline. By the way, you guys aren't gonna have to write anymore (laughs) until after class so don't worry. We would be here all day but afterwards you'll get these templates and be able to play with this on your own. So this is for again, something that you're doing externally. If you're speaking somewhere or you're guests in a podcast et cetera, they're gonna ask you for this. It's what Drew did today when he announced me. Although it was just a shorter one but the same essence of like he needed to say who I was. So like I said, they are for these different things so I won't repeat them. Also for spotlights, so what I mean by spotlights is, as business owners, sometimes we get featured somewhere, where it's like, spotlight on, those are fun. So every time they do one of those, they always ask you for a byline so you wanna have it ready. I can't tell you like the last minute panic I get from students a...

nd clients when they're like, what is a byline, why don't I have it? So that's why we're gonna do it now because when that happens then you won't have that. So here is the one. This isn't actually my super updated one but this is what I would use particularly if I was being spotlighted for publicity, marketing et cetera. So, Melissa Cassera is a Publicity Expert for people who hate promoting their businesses. Remember that was from my beginning one. And then through her totally-addictive blog posts, free challenges and on-demand classes, she's here to show you how to get more publicity and sales, while making every step feel like a guilty pleasure. So remember that was mostly from the first intro, but I added some little extras and then I have a call to action. Transform your business into a toe-curling addiction at my website. So lots of personality in here. It's an extension of the original 25 word bio which is why I'm asking everybody to do that first. Cause then it makes this one so much easier. We have a template for it like I said and you're just plugging in a few more details. It's like a little extra room, right, where you don't have to make it so tight. So and then I also have a nice little call to action at the end and you'll get that template as I mentioned. Let's talk about nailing your 150-word story. So this is what I would consider like a mini-bio. So anytime like, someone asks you for a bio, but it's not quite as short as that byline we just talked about. This is when there's more time. Maybe they're doing a bigger intro of you somewhere or they wanna write about you and they need more. So just a little bit more, more credentials, more personality, more you. So basically I'm using the exact same thing that I used in the last one. I literally just plugged and played this part so I won't reread it cause you guys will be super bored. But basically, I just took that from the last one but I added, so I'm only gonna share the add part. So I added a bunch of credentials here and I also added a little bit of extra about something I love and then the fact that I pen scandalous screenplays. So I just list out where I've been featured. So all of these places are just giving me social proof because NBC, ABC, Fox, like everyone knows what these are and so when they see that they're like, oh, we must need to listen to her (laughs) because she was there. And then I talk a little bit about you know when I'm not teaching small business owners how to create completely obsessed audiences, and I capitalize that just cause I have a program called Obsessed so I try to make that a bigger thing and I trademarked it. You can find her penning scandalous screenplays and savoring salted-caramel everything. So I was able to sneak in a little bit here about my other career without making it too big because whatever I'm using this for, they don't care about my screenwriting (chuckles). So I didn't make it too big of a deal. And then also a little personal punch there so then it gives me some personality. It's like, oh, she likes salted-caramel, right, and maybe you do too. So you'll get that template as well after class. As you can see these are all just building on each other. And it will look exactly like the original template that I showed you where there's like lots of fill-in-the-blank options and then you can totally go off and do your own thing too so don't feel restricted by it.