Lesson 4 from: Making Books in Lightroom 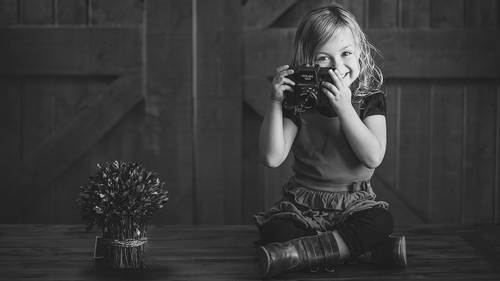 Lesson 4 from: Making Books in Lightroom

4. The Importance of Setting Book Preferences

So in the book drop down menu, you'll see book preferences this is important you have to set these up if you don't set these up, it'll do all sorts of walking things, you know, it's weird because this is so obscure and it's very minimal you but if you don't do it right, you get him wrong. So this is it, it's, just this little box right there that's it, but you've got to set it up, right? So this decides whether you're going to default, photo, zoom either fill or fit, so if no other decisions are made, we want to fit, not film. Um, this is usually clicked on start new book by auto filling, which means if you have, say, a thousand images selected and you goto, it'll just start making an auto book if there's no other book in there to start making one and you'll be like, no, no, I don't want to do it, and then you have to cancel and takes a while and so turn that off so that you decide when to make the book and then down here you're going to ask, okay, what do you want in those little text...

areas? So in the auto text areas, what do you want to be there and you have several options? You have filler text which would mean just like random gypsum, it's, um, hips and anyway, so you'll have that filler text that says nothing on dh. Then you could do title metadata. So then, if you've been titling your photos in the title area in the metadata of your images, it was it will put that so you'll have a title of every image or you khun do the caption, which would be like if you write a story about the image, it could be a paragraph long, and it'll put that paragraph under it or and this is what we need for the proof book we needed to say, fill it with the file name. Okay, we want file name because our file name is number one thousand eight hundred sixty six or whatever, right? So that's, the file name. Ok, so we want the file name, and we want to constrain the captions, too, text safe areas so that it won't allow the text to spill to a place where we'll get cropped off. So once we've set those settings, then we're safe to do on auto book.