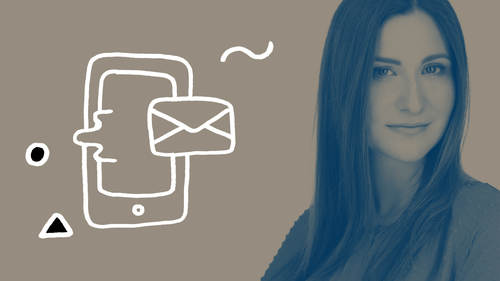 So lets talk a little bit about putting your readers at ease by sharing stories and life experiences. So what tends to happen with sending emails in a newsletter format is that we're like, okay, I have something to sell and I'm gonna go sell it. And you'll be like, "Coming up soon: workshop!" Or, "Coming up soon: this!" But there's no story in there, there's nothing interesting to read. It's just like a, "Hey, I have something to sell." And that doesn't feel very good for the recipient. And usually those kinds of things just land right in the spam box or they're deleting them because if they don't want to immediately hop onto that offer, which in most cases people aren't going to do that, you want to give them something enticing, exciting to read so that they're like, "Ugh, I just look forward to your emails." And then when you actually do have something to sell, or you want to send a sales email about something that's already existing, then they're like, "Ugh, I love her emails" or hi...