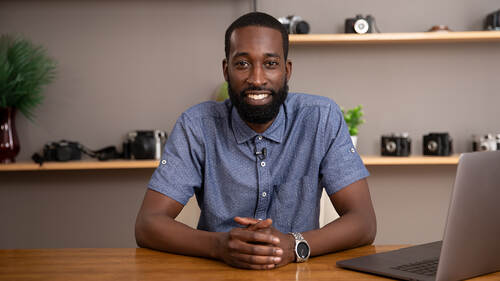 Determine How to Measure Success

Think with Google Walk Thru

Review and Testimonial Walk Thru

Align Tactics with Your Objective

Where Can I Find the Results

email can still be an extremely powerful marketing tool if used effectively. In fact, it is one of the tactics that has the highest return on investment. A couple of types of emails include promotional emails, which are emails that are sent to promote your product or service. They could be scheduled to deploy on a certain date. It must have a strong subject line to drive conversion triggered emails. These are emails that are sent based on some user action, such as subscribing to the email list, making a purchase, submitting a comment or completing a certain task. And while these emails are sometimes considered to be separate from marketing emails, your customers realistically don't know the difference. As a marketer, you need to make sure that these emails one properly represent your brand to encourage further activity and participation with the business. And finally, you have lifecycle emails. Lifecycle emails are similar to triggered emails. These emails are sent based on user activi...

ty or in activity but aren't necessarily sent right after the user takes an action, for example, when signing up for male chimp, if the company notices that you have not yet uploaded list to your profile after five days, it will email you and prompt you to do so. Another name or aspect of lifecycle emails is drip campaigns, drip campaigns are basically automated email marketing campaign. They are emails that are set to send out at specific automated times in a schedule and are based on user actions. There are a few other email types, mainly transactional emails which are email receipts for purchases or shipping updates and there's also welcoming or onboarding emails which are used to welcome your subscribers and our customers and tell them what they should expect where to access. Certain benefits of this new program that they newly enrolled email strategies for email to be most effective, we need to use customer data to personalize the message. We can use information that they give us, such as their name, date of birth, age or even location or we can use information based on their behavior, such as a first time a repeat visitor, such as their average order value or even a non purchaser. The most effective way to use email is to target consumers at various points on the consumer journey to oversimplify it. Target customers when they buy something from you using automated follow up emails to extend the customer experience. Did they like the product experience? It's a great opportunity also to get new feedback from your customers. So you can also target customers after they use your product or service beyond just simply thanking them for use, you could provide them alternative use opportunities or inspiration for continued usage. Another time to target would be when they indicate they're interested or show a need of some kind and in that case you want to use that email to fill that particular need. They also may be targeted when they take a desired action where you might want to follow up with information such as after a purchase has been made. And then finally, there's also the times where people will not complete the desired action. In this case, you might want to follow up to remind them to actually take that action. A good example would be somebody who leaves something in their shopping cart and abandons the cart. Now keep metrics that can be used to determine the effectiveness of your overall email campaigns. Our number one attempted emails. This is the number of emails that you actually set delivered are the number of emails that have actually been delivered for a number of different reasons. Some emails may be sent and not deliver it. Also, you may be interested in the number of people who actually opened an email or the number of people who clicked on an email. You may also be interested in the number of people who have unsubscribed from an from a particular email a bounce is when an automate, you get an automated response from the recipients internet service provider indicating that the email didn't reach the inbox for a number of reasons. Now there could be a hard bounce when that email address no longer exists or it could be a soft bounce when there's just an out of out of office message on the email account and in that case, most email service providers will continue to try to send a message until the message is actually completed and delivered. Finally, you would look at the number of complaints that you actually received and those are people who are complaining that your emails were particularly spam or the number of people who have actually converted from your emails, which these are the number of subscribers who actually after opening your email and going to the website have actually taken the action that you'd like them to take a purchase or have become new subscribers. Two other metrics to mention our unique rates versus total rates. So as we get total number of visitors or total number of unsubscribed. We also might want to look at the unique number of visitors or the unique open rates. Sometimes we want to know how many people have actually opened or clicked our emails and this is measured with a unique rate. This is unique. Open rate, unique click through rate. A unique rate is the number of subscribers who took the measured action at least one time total rate Is simply a count of the total number of actions taken. So if I send an email to 10 people, Five people open it one time and a six person opens it four times. My unique open rate would be six out of 10. In other words, six out of 10 people I sent it open the email But my open rate total open rate would be nine out of 10 because my email had been opened. nine out of 10 times. Usually you'll want to focus on unique rates. But most email service providers will report on, be sure you understand which one you're using and let others know about it when you share the performance.

I like Salim approach concerning digital marketing. I really recommend this course

Enjoyed the quiz...I learnt something