Lesson 13 from: Make More Time in Your Day: Become a Speed Demon 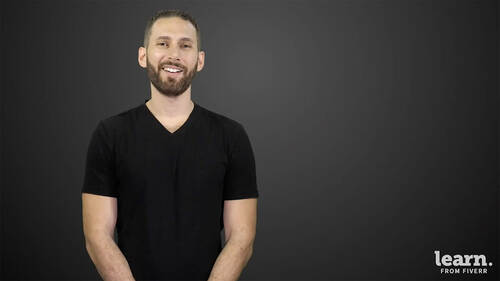 Lesson 13 from: Make More Time in Your Day: Become a Speed Demon

In the late 1980s, a university student named Francisco Solorio figured out a neat little hack that made him more productive. Sorry. Oh realized that if he worked in blocks of 25 minutes with short breaks in between, he was actually more productive than if he worked for blocks of two or three hours interrupted. He called this method the Pomodoro technique because he used one of those little tomato timers or Pomodoro in italian This might seem contradictory to everything we've said about matching tasks, avoiding distractions, setting deadlines and so on. But it's actually not you see 25 minutes isn't the critical part here. And obviously if you're fully focused or in the zone you can and should skip a break. What's critical is the process of planning breaks into your work schedule For one. This actually helps us set artificial deadlines because we know that in whatever time period we specify whether it's 25 minutes or an hour. We will have to take a break and we don't want to be caught ...

in the middle of the task. Second, because of the nature of the palm adoree or time periods. We have to do some proper preparation and break the tasks into manageable chunks. This requires that we estimate how much time each section will take, which requires some level of planning and macro analysis and that helps us set up mentally for success and efficiency. It's also important to note that there are a lot of psychological effects involved in taking a break. If it's planned and not a random interruption by a co worker or a text message. Now when I say take a break, I don't mean log onto facebook and scroll mindlessly for five minutes. I mean get up, walk around, go to the bathroom, grab a glass of water and then get back to work. After all we want to take a break, not completely break our concentration or our focus. Now perhaps you've experienced a situation in which you struggled with a math problem or a computer programming glitch, got frustrated, got up, took a break, came back and then solve the problem almost instantaneously. See this is because it is important to refresh the mind and look at things from a different viewpoint and also because our brains are actually doing a lot of subconscious processing and digestion when we're not working on the task itself. Have you ever heard of someone say that they do their best thinking in the shower away from the computer or a business executive who says that he does his best work on the golf course. This is the case with the Pomodoro technique, the brakes not only refresh and relax us, they not only force us to plan our work and set deadlines and be strategic and effective, but they also enable the brain to kind of do its thing which is processing and digesting the information we are interacting with. In fact this same effect is the reason why many experts in productivity such as the founder of strategic coach and high level executive coach dan Sullivan advocate for regular, often extended recovery periods. In fact, in the Strategic coach executive mentorship program that I'm part of entrepreneurs are encouraged to take as many as days per week in order to stimulate these types of random creative breakthroughs. Now it might come as a surprise to you, but at the highest levels of performance, people know the power of rest for restoring creativity and productivity and so many of the people you most admire take quite extended periods of rest outside of their regular breaks. In a recent lecture delivered to my members only mastermind, bestselling author and psychology researcher, Benjamin Hardy told us about how he took four entire months off after the stressful launch of his book. He also shared the example of Stefan Sag Meister, a ted speaker who became famous for taking one year off every seven years now. This might sound insane, but according to Sag Meister during his one year rest period, he comes up with all of the creative and inspirational ideas That carry his career for the next six, of course, taking a full year off. Probably isn't an option for everyone, but that's no matter, we can all plan ahead and structure in rest periods, both large and small. We can all make a vow to actually disconnect when we go on vacation for a week or two a year and what's more we deserve to beyond that, just about all of us can take the occasional free day off in the middle of the week to relax, restore and recover and on top of all of that we can all leverage the Pomodoro technique to plan in short, five minute breaks in our work. Once we do will not only benefit from the effects of Parkinson's law, but perhaps most importantly, we will see tremendously improved productivity, creativity and motivation, not to mention a decreased risk of burnout. So your homework for this lecture is to check out the recommended resources on the Pomodoro technique and if you like the idea, download an app that times each palm adoree for you or buy a real clock. I personally like flow because it has a widget right on the apple watch After you've done this experiment with different time intervals from 25 minutes to an hour and try building in timely automatic breaks between your tasks. Like I said, if you're in the zone something I'll be talking about at the end of this section, you should definitely skip breaks, but otherwise you'll likely find a ton of benefits from them. Oftentimes, even if you have zero motivation to work setting up a Pomodoro timer manages to get you into the swing of things within one or two sessions. Perhaps this is because you know that you only have to do 25 minutes of work before you get a break. Perhaps it's because you are racing against the clock to try and get something done in those 25 minutes. I'd be lying if I said, I know exactly how this technique works. But believe me, it does.