Skip to main content
money & life
All Business Classes > Business Basics > What To Say When…tips And Scripts For Tricky Situations At Work > ...Others Need To Know What You’ve Accomplished

Lesson 2 from: What to Say When…Tips and Scripts for Tricky Situations at Work 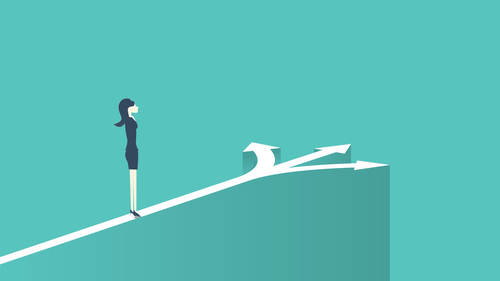 Business Basics > What To Say When…tips And Scripts For Tricky Situations At Work > ...Others Need To Know What You’ve Accomplished

Lesson 2 from: What to Say When…Tips and Scripts for Tricky Situations at Work

2. ...Others Need to Know What You’ve Accomplished

...Someone Else Is Getting the Credit for Your Work

...Your Boss Is Micromanaging Your Work

...You’re Getting Too Much Work

...It's Time for Your Annual Review

...Your Project Has Missed Its Deadline

...Your Boss Is Getting Too Personal

...Co-Workers Are Distracting You from Your Work

...Dealing with Co-Workers That Ask Too Many Favors

...There Is a Miscommunication

...You Make a Mistake

...You Won't Make Your Deadline

...A Co-Worker Talks Too Much During Meetings

...You Think You Deserve a Raise

...Networking with Strangers or VIPs

...A Meeting Goes off Track

...You Need to Leave a Meeting Before It Ends

...You Arrive Late to a Meeting

What to say when others need to know what you've accomplished. So here we're talking about internal self-promotion. Here's the situation: you work behind the scenes on many projects, and you do excellent work, but no one knows. Your mother taught you not to brag, and you aren't comfortable tooting your own horn, so you rarely speak up to share your progress or your successes, and as a result those in a position to help you develop professionally don't get the information they need to do so, whether they are in the company or outside of it. So what you may be thinking, and what you definitely should not say is, "Why doesn't anyone recognize my role in these projects?" Here's the solution: I think a shift in mindset is needed here. This is not about bragging, but rather about conveying facts about efforts you initiated or were part of. You need to find your own style and mode of communication to get the information to the right people: those who can help you grow. And it's best to presen...

t the information in a matter of fact way with more verbs than adjectives, emphasizing your process as well as the effect of your actions. So here's what you could say. If you approach it with curiosity you could say, "The recent project I worked on was especially successful. How can we best spread the word about it and to whom." If you approach it with generosity you could say, "Would it help you to communicate our team's success if I shared details about how we approached it and the role I played? If so, what's the best way to get that to you?" Or, "Would you mind if I send you regular updates on the progress we're making on my team and my role in it?" You could try humor here and say something like, "I know it would be totally out of character for me to boast, but I'll try," or, "My mother would cringe if she heard me boasting, but I'll do my best." Here's another idea: a casual way to talk about the projects you're working on is by turning idle chit-chat on conference calls into bigger moments. Instead of answering the question "How are you today?" with "Fine," try saying "Great, I'm excited to be working on such-and-such project with so-and-so." Oftentimes, people will be more engaged and interested when you offer up your work instead of your personal feelings. So, here's the over-arching idea, the lesson to take away. If you don't speak up about the work you're doing, no one will, and that could do damage in the long run to both you and your team. There really is a benefit to others as well. Communicating your achievements is likely to help your boss communicate the team's achievements up the chain as well. Make sense?

<span style="color: rgb(0, 0, 0);">Ilise Benun is an author, business coach, national speaker, the founder of Marketing-Mentor.com and adjunct faculty at Pratt Institute and Maryland Institute College of Art, host of the Get Better Clients Bootcamp and a Program Partner for HOW Design Live, the largest design conference in the U.S.</span>
SEE INSTRUCTOR'S CLASSES

Love the format of this course - it was so great to be able to select a specific situation, and then quickly learn a couple of approaches to each one.