Lesson 98 from: How to Sell on Amazon: Step-By-Step to FBA 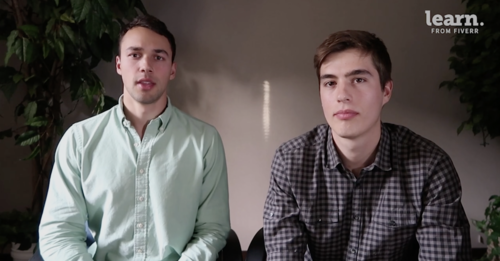 Lesson 98 from: How to Sell on Amazon: Step-By-Step to FBA

this is a heavy hitter, but we're going to talk about amazon PPC key metrics and terminology. So these might be slightly boring here and there. But you're gonna really have to understand these key metrics into the terminology before you dive into amazon. Otherwise you're gonna be blindly spending money and actually probably not even generating these products sales. On a positive note, you might be spending more to get a product sale than you're actually gaining out of it. And all that we resulted is more sales, but a lot of losses. So our first key metric is the advertising cost of sales. You probably forget what what that means again, but you're gonna see a cost and you're gonna see this everywhere and it's gonna be your most important metric that you're gonna be looking at all the time and see what happens. So this is actually the percent of attributes sales, spending advertising. And this is calculated by taking the total spend by the sales. For example, if you spent $4 on advertisi...

ng resulting in attribute sales of $20, you're a cost would be four divided by 20, Which would be 20%. So what's in it attributes sales. That means that somebody has to click on your actual product for the advertisement and generate a sale from there. If they never, if let's say if they just went to your normal product listing, but you have, we're running advertising that wouldn't be an attributed sale. So it wouldn't count towards this, which is actually a really good thing because you don't want to get charged for that and you don't want to have an advertising cost of sales metric completely wrong. So there's an attribute sales. You can look at this later. It's basically the total product sales generated within one week of clicks on your ads. Um this is so basically what I'm saying is Attribution Attribution day is going to be a one week seven days across from those clicks. So what that really means is that once somebody clicks on your ad weights six days and then it goes to your normal product and buys it, it would still be attributed to an ad because they already click the add and learned about your product there. If it was on the eighth day, it wouldn't be a tribute to an advertisement. It would be a tribute to your own sales. Remember your sales data can take up 20-48 hours to populate. This just takes a while, just, we'll talk about that later. But don't worry if you're not seeing clicks, you're freaking out because there's zero clicks on your Advertisement just because it takes about 48 hours to populate. So impressions, the impressions are the number of times your ads were displayed and seen by user. Remember these are not unique impression and a single person can view your ads multiple times essentially. I could be looking at your ads five different times and that would be worth five impressions for your advertisements clicks. So the number of times your ads were clicked by the user. Once again these are not unique clicks and they can be clicked on by a person many times. This is you. Somebody sees your ad collects it and then it brings them to your landing page for your actual product. That is what clique is. But I can actually click your product but five times if you want. Remember these clicks can be identified and can they can remove invalid clicks from your reports. That's from amazon side. Don't have to worry about that but there can be invalid clicks on that end. We're gonna go next to the default bid. Your keywords default bid. So what this means is you can set all your new keywords for an automatic default bid. For example let's say I have a lot of money and I want to set $5 default bid. That basically just means that Every time you create a new keyword it will default at $5 for a bit. I recommend if that I started on 50-75 cents. It kind of varies because Amazon PPC market is always changing but I usually set it there and then manually changed afterwards. I actually never really keep the default bit but it's really important to know this keywords so the number of keywords each adds that contains is pretty important. It has so many you can have an ad set and have one keyword or many different keywords. This number will say how many keywords are actually in this and it really matters once you're doing manual campaigns. Similarly ads, the number of ads each ads that we contain, you can see all the ads in there but it could be one product with seven different variations and that would be seven different ads in there, spend this amount of money spent during the selected time range. So literally just spending $1000 within seven days that will show up there. The time range is selected in the top right corner. You can select uh seven days which week day, lifetime monthly, there's all these different variations or you can even select custom for a specific day range, click through rate or cTR is really important. This clicks to impressions which is C tr there's a rate of clicks to impressions. So you have one click for 100 impressions, that's 1% CTR. And finally the last metric to talk about is the CPC or cost per click. This is exactly what every click costs. So let's say you have 100 Klicks And you spend $1,000. Each click is costing you $10. That would be way too high and that won't happen but that's where CPC is. So now you know those are the key metrics and terminology, you'll need to know once you go into amazon PPC and once we go through search term reports and all these other different things such as the amazon dashboard, you're gonna learn about these key metrics and you're not gonna know them easily by heart. But if you ever need to just come back to the sheet and you're good to go.