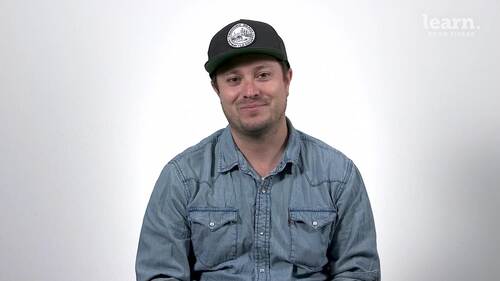 Sales > Grow Your Audience With Youtube Marketing > Calls To Action

in this video, I want to show you a couple examples of calls to action. I've talked about calls to action before and how important they are to actually get people your viewers to take action. Whether that's opting into an email list, it's buying your product or subscribing or watching another video of yours calls to action come in different styles. One is a visual cue, whether that's you on camera saying something or it's actually a graphic or a pop up something in your video that has text that tells people what to do or it could be audio, it could be you talking on camera or it could be you talking over another screen or an end card or something like that. So let me show you a couple examples of what I've done successfully with calls to action. Here's a tutorial that I created on wordpress, another one that I just launched about a week ago and it's a series of nine videos and it's actually nine of the first videos from my wordpress course earlier in this course I showed you how I had ...

a 30 minute preview of my wordpress course. This is actually some of that same content, but I've separated it into different videos. Why you might be saying why would I add the same content on Youtube twice. The reason is because this is geared towards a specific keyword how to install and activate Wordpress themes. If people search this, they probably won't find that other video which was about Wordpress for beginners or basic Learning Wordpress. People will be searching for other keywords for that kind of video while you can't just re upload the same video over and over on youtube. It's just not allowed. And they, I can sense and tell if you're uploading the same content twice. Repurposing content like this can be beneficial with this video. I went through the video tutorial and then at the end I say thanks for watching. Like I mentioned at the beginning of this video, this is just a free preview lecture of my Wordpress for beginners course. The entire course has hours of content and premium support If you ever get stuck. So I'd love to have you inside that course and you can enroll now for just 15 bucks. Click on the link below and we'll see you in class. So the call to action there is to click on the link below which I have right here, a link directly to the sales page of the course. The look and feel of this call to action is very soft. It's not really a hard sell. So let me show you an example of another call to action. That is a little bit more of a hard sale. Hey Phil here and I hope you really enjoyed that tutorial. If you want thousands more tutorials organized into courses and learning paths that take you from beginner to advanced in a ton of cool topics. You should check out the video school online all access path and for those of you watching right now, you can get the first month completely free After that. It's $9 a month, you can cancel anytime, no strings attached, no questions asked. Head over to video school online.com forward slash access to get your first month completely free and to join people from all around the world, learning new skills and becoming better at what they're passionate about. Thanks so much and I can't wait to see you inside. Alright, so this pops up with this end screen as well, which I should actually move these links above so that you can see the full U. R. L. Right there. But there was a lot going on with this call to action but all directed towards my membership site. I have the link right on the video itself as a visual graphic. I also was talking about it explaining what it was. I have the end card that pops up with a link to that all access pass. So giving the viewer a lot of ways to actually take action while this hard sell actually works better in converting people to purchasers. It's not as geared specifically to this video as the previous video about Wordpress where the course I was promoting at the end of the video was a Wordpress course in an ideal world, I would have some sort of more hard sell like this with graphics really highly produced with the end screen and everything geared exactly two. This video but it's also easier which you have to balance ease and making it perfect. It's easier to have one sort of standard called action that you can plug in at the end of all year videos like this, which is what I did. I exported this video and now I can add it to any of the videos that I feel like it would work for. So those are some ideas for adding calls to action and what that actually looks like on Youtube. If you have any questions, let me know. Otherwise we'll see you in another video.